The Group of the Day

Bio :
Founded in late 2013 by brothers Pat and Tom, Bombscare began as a simple writing project. Eventually it was decided Bombscare wanted to be a live band, so began the hunt for a drummer. after a few guys Fernando came into the fold just as the band entered the studio for their first release "T-Minus..." shortly after the release and first tour to support the album, it was quickly realized a void needed to be filled in the sound. Enter Gar. This is the beginning of the true Bombscare lineup.
Noses to the grindstone, the new ep "Bastions of Blood" released 3/22/20.
bombscare.hearnow.com

And great news, Bombscare will soon be programmed on Radio Papy Jeff... I'll let you know, so stay tuned. 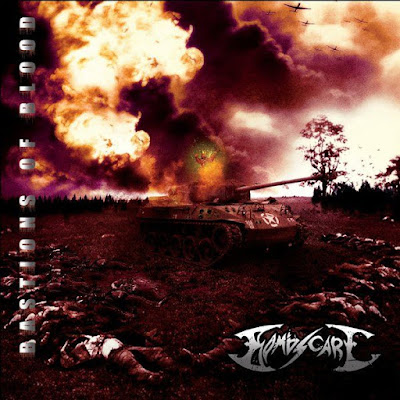