ALLAGASH is a five-piece Canadian metal band, from the province of Newfoundland.

Established in 2015, three friends (Mooncrawler, Hawk Emblem, and The Sumerian) got together for a side-project based on alien encounters and old "unsolved mysteries" episodes. The idea was to create an album about the Allagash abductions, do a crowdfunding campaign, and hopefully get it out on vinyl.

The pre-orders for the first Allagash album went very well, and generated enough cash to put out Vinyl and Cassettes. Along with some merch such as T-Shirts and hoodies, all copies sold out quickly, prompting the band to return to the studio for a follow up EP, 2018’s "Canadian Encounters", featuring new members: Entity and Sol. 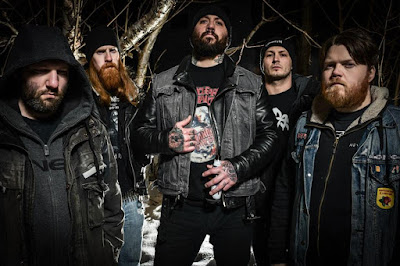 The EP was well received and led to the band sharing the stage with other great Canadian metal acts such as Voivod and Anvil. It sold out quickly, and the band's catalogue was picked up by Raw Skull (Netherlands) for a European re-release on CD, as they had only been released on vinyl and cassette to date.

With the success of the two previous releases, Allagash is now promoting their third release, a full-length album entitled "Cryptic Visions". This album was released independently on May 6th, 2019, and the band is currently seeking support from labels and press for distribution and promotion.
This album sees the departure of former bass player Hawk Emblem, and welcomes the arrival of The Harvester. Written entirely in the studio, many layers were used to create a huge, full sound. The songs are fast and well written with smooth guitar leads, powerful drumming, complex bass lines and strong, unique vocal sounds. 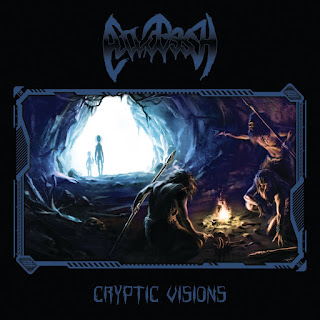