Answer With Metal is a Thrash/Power/Heavy Metal band out of Stouffville, Ontario, Canada.

The band formed in 2008 and features Dan Nielsen on lead vocals, Andrew Jarvis on lead guitar, Jon Stallan on bass and Alejandro Gonzalez on drums.

The band is currently in need of a second guitar player. The band recorded 3 demos over the course of its first 3 years and in the fourth year recorded their debut, full length, self titled album which was released through Spread the Metal Records in 2012.

After going independent, Handling the Blade was self recorded and released in 2015 and Return to the Gates in 2016. The fourth album, Centralia, is due for release in spring 2019 and is poised to be the band's biggest and best album yet. Over the years, the band has opened/been direct support for Primal Fear, Havok, Kataklysm, Sanctuary, Hibria, Skull Fist, Cauldron, and Striker and has cemented their place in the Toronto heavy metal scene. 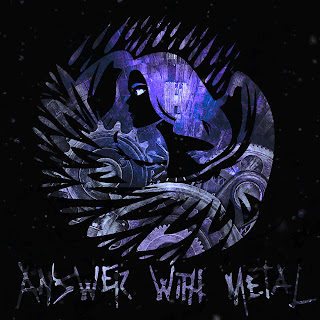 Quotes from our peers and industry professionals

“Answer With Metal is not only one of the heaviest, but also one of the tightest young bands I’ve had the pleasure of working with”

“This is a very impressive self titled debut from Answer With Metal, with melodies and leads abound, ear catching solos and soulful and operatic vocals.

“Answer With Metal is a high energy and very true power metal band with a driving groove that any fan of metal in its most dramatic form should love.”

“Loads of technical tempo varieties and technical skills to enjoy, which is actually the strongest character from these Canadians.”

“From the moment the vocalist opened his mouth with soaring wail, us Primal Fear fans really woke up! They are a different sounding band for Canada, as we don’t have a lot of bands like this. I hope to check out more from this band in the coming days.”

“They’re a very welcome fresh new addition to the Canadian heavy music scene. Moreover, if they keep being so hardworking and honest in what they do, we can rest assured they will go places with their music.”

“Answer With Metal proved their weight in gold once they ripped into several lively cuts from their Gates of Hell EP and self-titled debut.”

“These guys connected with Primal Fear fans. By the way the crowd was rocking out you’d think that many in the audience owned a copy of this band’s album.” 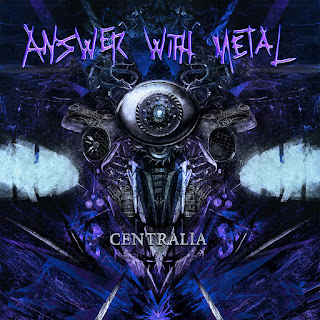 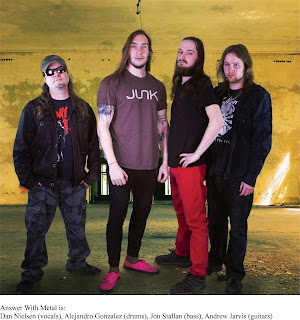